Independence Hall — An old tray filled with beans was seated peacefully on Tessy Ohaeri’s laps. While one of her hands was home to a handful of beans on the tray, the other was carefully separating dirt from the beans. Next to her legs, on a small wooden stool, with a half-filled bowl of dirt-free beans.

As this reporter greeted her, she responded with a wide smile on her face before beckoning him to step into the makeshift shop made of wood.

“Everything is dull,” Tessy began when this reporter asked about the effects of the ongoing industrial action by members of the Academic Staff Union of Universities on trading activities. With her arms widely raised, she showed this reporter several goods she had bought just before the commencement of the strike, how they are yet to be sold due to the gradual reduction occupants within the hall, which has resulted in the low turnout of economic activities.

“The latest strike which began recently has affected my sales a lot. We don’t know when they would call off the strike. As you can see, there are no sales at all,” she said. 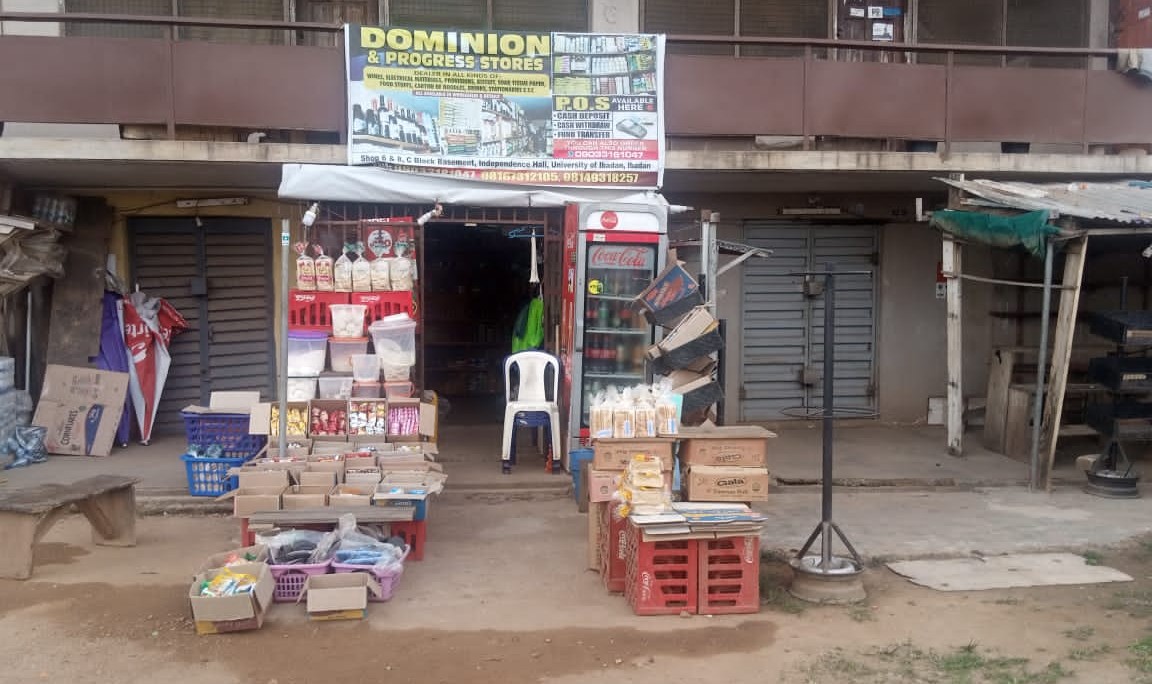 “Before the strike, by now we would have made sales worth tens of thousands but now nothing, we’ve not even made sales worth a thousand naira today,” she told this reporter, with a worried look on her face, around 4 pm on a sunny Tuesday.

On Monday, February 14th, 2022, rising from a meeting at the University of Lagos, the National Executive Council of the Academic Staff Union of Universities, ASUU, declared a one-month warning strike.

According to the Union, the strike, which has so far grounded academic activities in government-owned Universities across the country, became necessary due to the government’s failure to implement the Memorandum of Understanding (MoU) and Memorandum of Action (MoA) signed between the union and the government; the government’s poor commitment to the payment of academic earned allowance (EAA); the continued use of the Integrated Personnel Payroll Information System and refusal to adopt the Universities Transparency and Accountability Solution (UTAS), and proliferation of the universities in the country.

The union also threatened to embark on an indefinite strike if the government fails to accede to its demands within the four-week time frame. But this strike is not the first; it’s just the latest. To be precise, the ongoing strike is the 16th since the country’s return to democracy in 1999.

Unsurprisingly, students across various Universities have lamented the unending effects of the industrial action. From lost opportunities to the inability to meet the minimum age requirement for certain organizations upon graduation, the list of these effects is endless.

But, one aspect of the effect of the ASUU strike, perhaps more succinctly, a category of victims that not many pay attention to are small-scale enterprises within the environment of Universities that rely on the existence of academic activities to thrive. Mrs. Tessy Ohaeri, a trader at the University of Ibadan, is one of these victims.

Olagunju Kehinde, another trader on UI campus, rested her back slightly on a wooden pillar in her shop. She readjusted her head tie, tilting it sideways just before she began speaking with this reporter. “This latest strike has affected sales a lot,” she said, echoing the dilemma of numerous traders within the University.

Mrs. Olagunju, who has traded on the school premises over the last 14 years, however, maintained that even though she has experienced numerous strike actions since as a trader, the ongoing one, just like the 2020 strike, has had a stronger effect. “The effects of these strikes have been worse since the COVID-19 pandemic hit us,” she claimed. Unsurprisingly, this claim is not far-fetched.

This partly stemmed from lockdown measures during the pandemic, restricting the ability of people to go to work. By the same token, oil price – which represents more than 80 percent of Nigeria’s exports and more than 50 percent of government revenues – tumbled more than 60 percent between February and May 2020. The pandemic did not stop there.

As the economic activity began to recover and the world gradually began to adapt to the presence of the virus, inflation, especially for food items that are crucial for consumption among the poor and vulnerable, in the country.

These factors explain why Tessy and Olagunju, who have worked as traders on the UI campus for 7 and 14 years, respectively, are struggling in a more severe way to cope with the economic effects of the ongoing ASUU strike.

‘There Would Be Trouble’

The undeniable importance of Nigeria’s informal sector to its economy has been established over and over again. In the case of small businesses struggling due to academic strikes, Ahmed Yakubu, a lecturer in the department of economics at the University of Ilorin, that the struggles they face as a result of the industrial action could affect the nation’s economy.

“Some of these businesses have shut down and their owners returned to ‘square one’. And even more shops may fold up due to extreme hardship,” he was quoted saying.

“In Nigeria, about 60 percent of our economy i,s informal and 65 percent are operators of small businesses. If some of those who constitute this 65 percent are forced to die due to the government’s negligence, then there would be trouble,” he added.