Paperwork is an important, yet relatively unexplored part of the after-school reality. Toward the end of your studentship, you are required to finalize documentation and consolidate the veracity of your records. In this process, your transcript is an important part, perhaps the most important of your documents. You could even make several cases for why transcripts are more important after graduation, relative to your undergraduate years. You will need it for travel applications, job applications, higher learning, and (even) the National Youth Service.

Maybe, like others, you saw the news about the UI transcript page by Tech Cabal, weeks ago. It might have left you wondering about the process, and maybe happy that the School is investing more in digitization and automation. This piece – in conclusion to the first part – spotlights the experiences of graduates and graduate students with the transcript page; it explores how this innovation may have hindered or aided their transition into the post-UI Reality.

UI and the adoption of a digital transcript Page 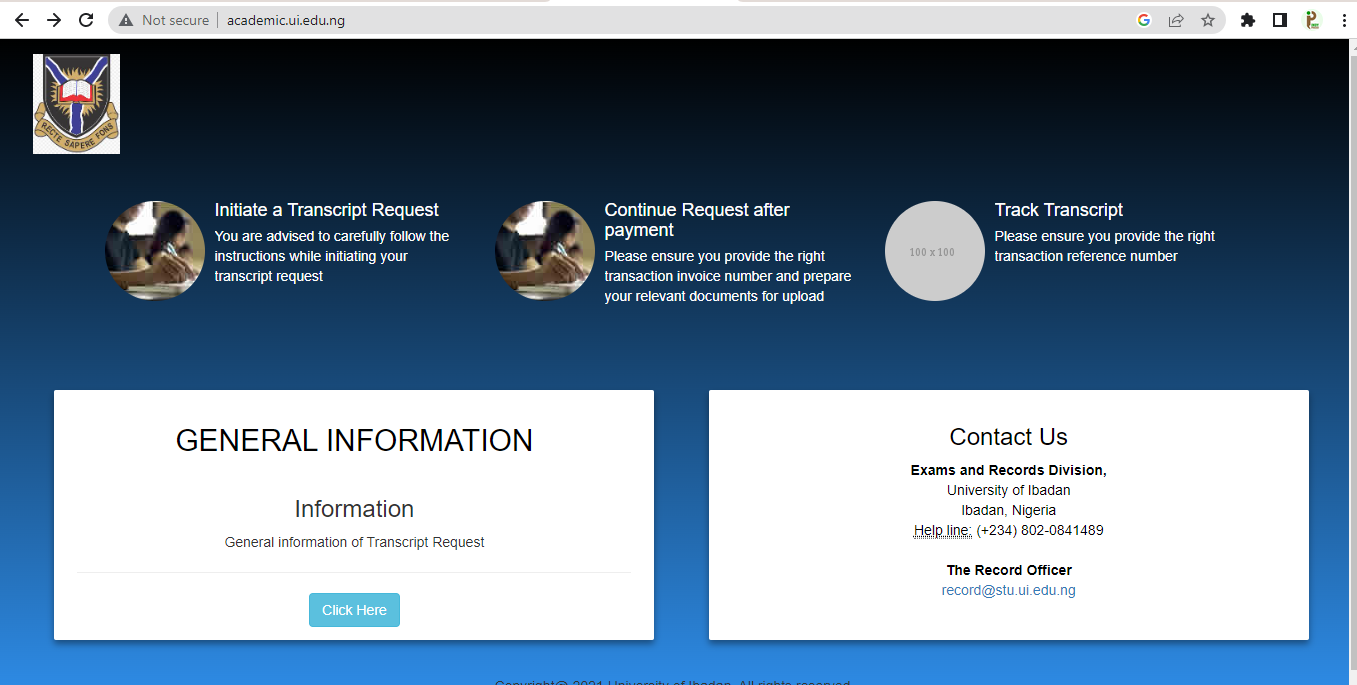 Very recently, the University of Ibadan transitioned from the traditional to a digital and web-based transcript request and delivery process, specifically at the graduate and postgraduate levels. This transition became public knowledge on the 2nd of November 2022, through a publication by mainstream media house, Tech Cabal. To have a feel of the website, explore the User experience, and confirm some of the assertions in the article, an Indy Press correspondent accessed the website three times, between 28th November 2022 to 10th of December 2022. Here are some of the consistent observations made.

UI graduate and graduate students, who have had experience processing their transcripts, have confirmed this transition. Olusile, a graduate of the Faculty of Law commented on the digital transition at the records office.

“When we got to the office and said we wanted to go the normal route, they simply said we should go to the dashboard outside and follow the process. They told us that the transcript collection is now online”  he said.

Johnson, another graduate from the department of Zoology corroborated this account. “They told us it was going to be electronical. I stopped when I wanted to do my own, but they told us it is electronic”.

Janet, who claimed to have assisted a postgraduate student in obtaining their transcript contributed to corroborating the news of the transcript request automation.“For the Postgraduate transcripts, it was pretty smooth. The person paid online for the transcripts. They said the e-copy can only be sent to an institutional email address.” She explained 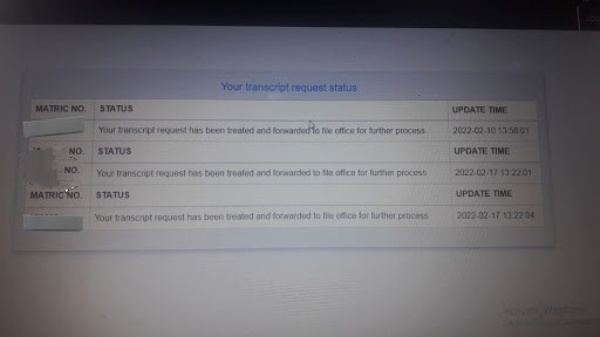 Regarding the user experience on the website, some students – graduate students and graduates – confirmed that it was easy navigating the website itself. Olusile explained how easy using the page was, and how seamless it was for the website to confirm the payment. “It was just the normal UI interface. The payment was easy. I did it myself; the amount was 7200. I uploaded documents and there was a link to track the transcript.” He explained. Janet, speaking from the graduate student’s perspective, confirmed the smoothness of the request process. According to her, the process was seamless from the students’ end.

However, the response and collection processes were not beds of roses for some of these graduates. Johnson acknowledged the attempt to automate but claimed that the process was incomplete. He complained that his department still requested them to submit some documents manually.

Olusile, who also had complaints about the inconsistencies, described the process as only partially smooth. According to him, correspondence (from the school result management arm) took an extremely protracted period of time. He further explained how this cost him an additional penalty fee while navigating admission into a higher institution outside the country.

“My transcript has been sent, but I had to pay an extra 27,000 naira to World Education Services, because I haven’t finished my application in 6 months, since February. I actually paid myself; the amount was 7200. Uploaded documents and there was a link to track the transcript. That one was the shitty one and I doubt if it is ever updated cos I’ve collected the transcript and the message from February is what’s still there. I have paid since February and the tracker still says that it is in progress”

File Backlogs and the Long Journey to Digitisation

In order to understand the reason for the transcript request inconsistencies, Indy Press correspondent reached out to the undergraduate records office of the University. The records officer, Mr. S.O, Ewegbenro commented on the heavy workload that came with the University’s attempt at digitizing transcript requests. He explained how the workload was further compounded by the NASU strike, and the office’s inability to work fully during that period. According to him, delays are plausible, considering the process of downloading, uploading, and verifying the results, at their own end.

“We have 1049 applications, as of this moment online, that have not been downloaded at all. This is different from the ones we have on ground already that we are still processing. We have files stacked here and there in the process. There are stages; there is the coalition stage, we will type them; we will vet them, and print them. We have a lot of people, even those that graduated in the 70s applying. The ASUU strike did not help matters, we had to work skeletally. When we mop up this backlog, we can have a plain starting point, and processing will be fast and easy. The University is also making attempts to digitize recording; when we achieve that fully, it will be much easier to record and process results.

On the issue of the page’s security, Mr. Ewegbenro registers his confidence in the technical protection that the website enjoys. According to him, the page and the processes it does are encrypted.

“Security breaches are always possibilities, but I don’t think it is very likely. The software infrastructure the page operates is not one that you can easily access and assembly another person’s personal data”

It is totally plausible for digital transcript requests to be inconsistent considering that it was only recently launched, and other factors like the NASU strike. The University management could however explore some options to hasten recovery and speed-boost stability. For one, the school could consider expanding staff capacity for records management in the University. The school could also explore contracting database managers, and cybersecurity experts – there are some students who are professionals in these areas – if priority is to be given to efficiency and speed. All in all, efficient management and security strategies are important so that this innovation would not defeat its purpose.