It has been argued in many corners that medicine is as well an art as a science. However, the healthcare sector is one that gives little room for creativity. Unlike artists that can always replace their canvas and the only loss they record are extra bucks with a couple of cuss words, healthcare professionals do not enjoy a similar privilege. In the healthcare professions, there is minimal room for experimentation as any mistake could have serious life-altering consequences.

Regardless of the bottlenecks and the apparent rigidity in healthcare delivery, innovations have continued to sprout like mushrooms. Saddled on the back of relentless technological awareness, healthcare delivery is gradually picking up its gallop under the influence of the information age. These have given several opportunities for the exploration of untested waters and the amplification of the traditional methods.

It is the ability to carve out mini-castles out of the minimal room the healthcare sector gives for invention that the handful innovations that has been pushing the limit of what we had imagined healthcare delivery to be deserves every appraisal. From Apple watches that read the functioning of vital organs to a pocket-device that allows you to take ultrasound image of your body, healthcare is currently enjoying its honeymoon with the technology industry, evolving to occupy more of the patient’s interest at its core. We can broadly categorize the major advances under telemedicine, robotics and Artificial Intelligence.

Telehealth: A Groundbreaking Innovation in Health 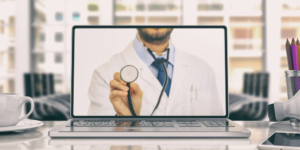 This is said to have roots that goes back to the times when medical advice was ferried on radio waves from shore to ships in far away oceans. Today it has come to encompass a lot that has to do with the delivery of medical services remotely. It involves the interaction of healthcare professionals using various digital tools such as live videos, digital transmission as well as the examination of medical records and data. It has numerous branches like telemedicine, telenursing and e-health owing its boom to the increase in demand for medical services in hard-to-reach areas or when the cost of transportation overshadows the services required. The concept of telehealth is already a commonplace even in Nigeria that they not restricted to App store or Google Playstore; one can randomly stumble on their advert on a banner in Bodija market. When you also attend hackathons that are medically inclined, be sure to expect telehealth innovations as a prominent face in the pitches of the contestants.

It is important to however point out a reality which some might find surprising; the wager is still on in confirming the clinical efficiency of telemedicine. As earlier stated, healthcare delivery is not a sector where one can wake up on a particular sunny day to implement a dream they had the previous night. More so, the whole industry is largely controlled by the government and while telehealth has provided enough evidence in terms of economical efficiency, more research is needed to confirm if delivering medical services meets the standard of clinical effectiveness. Authorities and policymakers have however been compelled to overlook some restrictions in the wake of the COVID-19 pandemic as it has reduced the physical contact that was enjoyed in the traditional patient-healthcare givers relationship.

Robotics and the Possibilities it has Opened in the Health Sector

The use of robots has also surged over the years as the demand for precision and effective procedures keep rising. Unlike humans whose performance can be hindered by thoughts like the 4 months salary they are being owed or the patient from the previous night that couldn’t make it, robots just get the job done. Without getting too immersed in any human-machine controversy, it should be noted that not all of these are designed to sidestep humans, some machines like da Vinci (hyp), that has performed 6 million surgeries have been built to amplify the skills of the surgeon by providing magnified and detailed view of the area being operated and making what they would have done with a bloody slash achievable with small cuts that gives the patient the luxury of recovering in no time.

One of such robots called MAIROBOT made a colourful entrance in the news recently when it was gathered that it was made by a group of High School students in Abuja. MAIROBOT is like a shelf on wheels built to deliver medication to patients while reducing the risk healthworkers are exposed to in the treatment of infectious diseases. It should also be recalled that a robot was used to connect Elon Musk’s Neuralink to the surface of their subject’s brain. Procedures like these and others that are routine like cleaning or going as far as picking patients up from their bed are expected to be done by robots in the nearest future. 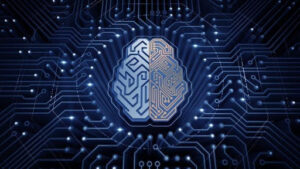 This is closely related to the use of robots in the healthcare. Just like when the creator breathed life into the body of humans after they were made is the way AI adds “live” to robots that has been created. Robots are just frames of metal with moveable parts but when AI is incorporated into their system, they become active machines that can learn from the information it has been fed or that it harvests from its environment. The learning curve of machines with AI is so efficient that it eliminates the risk of forgetfulness that is seen in humans. Little wonder they have outperformed humans in medical diagnosis in terms of accuracy and time spent. The edge they have include the ability to easily recognize patterns and paying more attention to details the human eye can miss.

Apart from medical procedures, AI can also be used to organize administrative duties as seen in Nuance where the technology uses speech recognition in capturing information of patients and documentation for improved productivity.

The line between science fiction and reality keeps getting thinner in healthcare delivery by the day with the only limitation being cost of production and lack of guidelines to regulate these novel advances. It is also understandable that policymakers are trying to go into these untested waters with caution as it can easily be hijacked by overzealous opportunists and industrialists. Regardless of this dilly dallying, it is only a matter of time before these inevitable change catches up with the health industry.